Distinction presented to DL1VDL at the HAMRADIO 2019 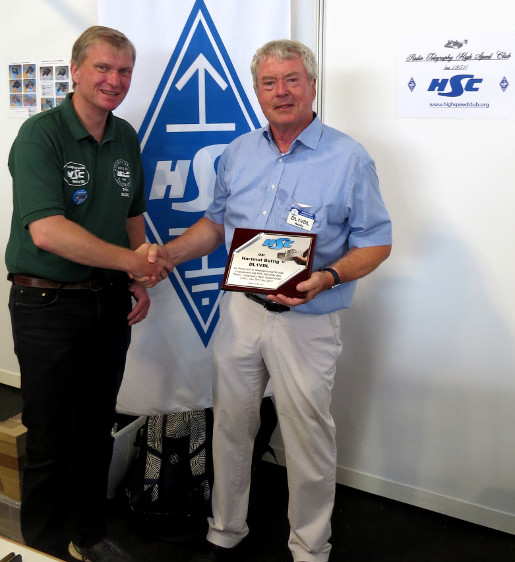 OM Hardy, DL1VDL (776), who is well known by his regular propagation forecast column in the DARC club magazin CQ-DL, was honored for his long-standing services for the HSC by HSC president Felix, DL5XL at the HAMRADIO convention 2019. Hardy continues to support HSC by running the WHSC certificate program. The HSC thanks him for his commendable commitment and great team spirit. 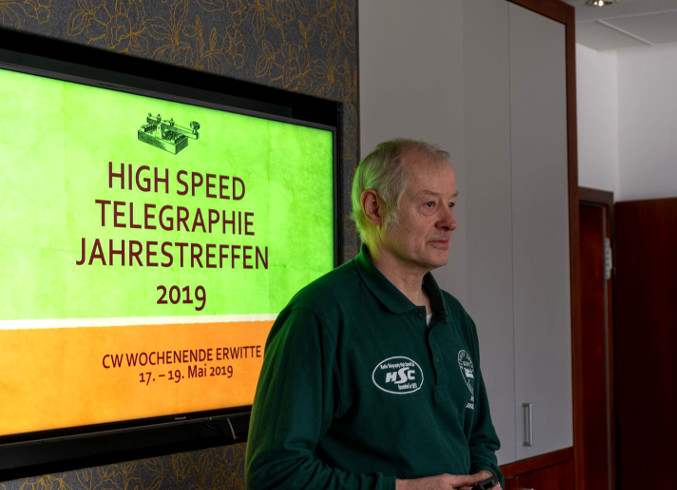 Holger, DK4LX, current secretay of HSC, who chaired this year's HSC assembly on May 19th, was happy to welcome numerous HSC members who engaged in lively discussions of ideas surrounding various aspects of CW communication. 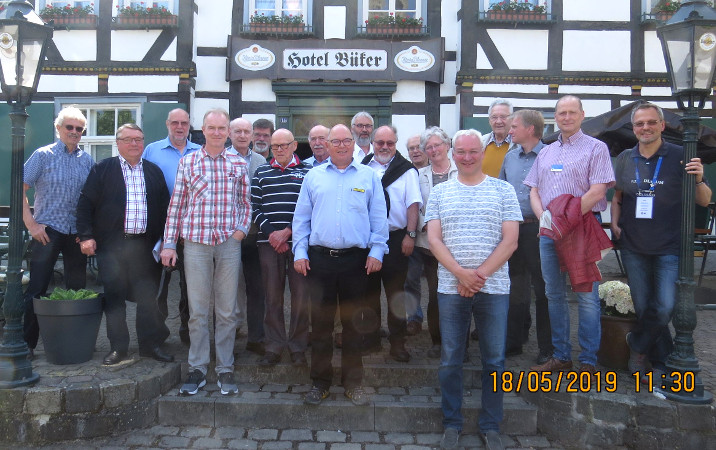 This included an informative Powerpoint presentation by Joerg, PA1MUC, on the intricacies of a fair evaluation of the the biannual HSC contests. 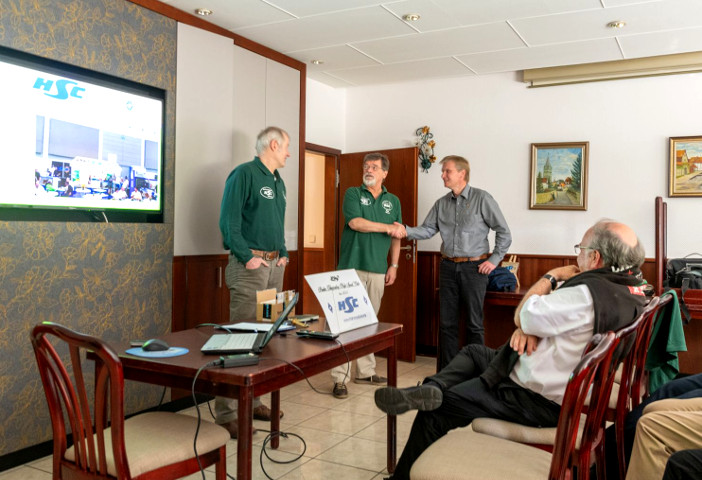 Felix, DL5XL (1572) was introduced as new President HSC to the assembly. 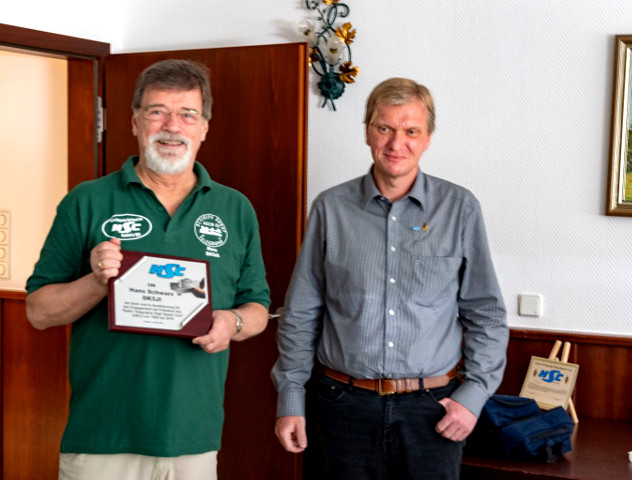 Parting president, Hans, DK5JI, was presented with a decorative plaque for 19 years of untiring engagement for HSC.

OM Mato, 9A3SM (1643) sent us pictures from his 9AFF activties.
9AFF an international award project organized to attract attention of the world community to the problems of protected areas, to provide them with feasible practical support, to waken a feeling of pride in the minds of the Earths inhabitants for natural and cultural heritage, for visiting National Parks and Nature Reserves and making QSO contacts with them. 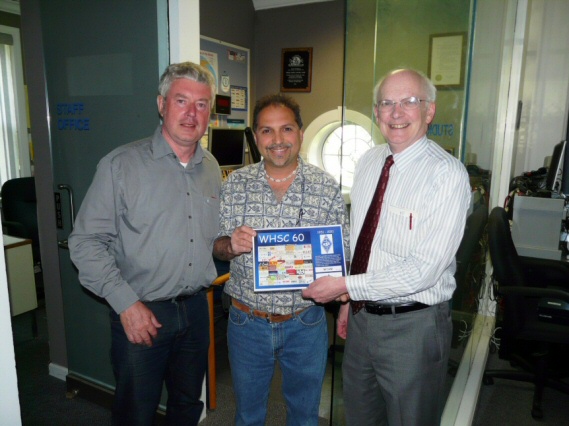 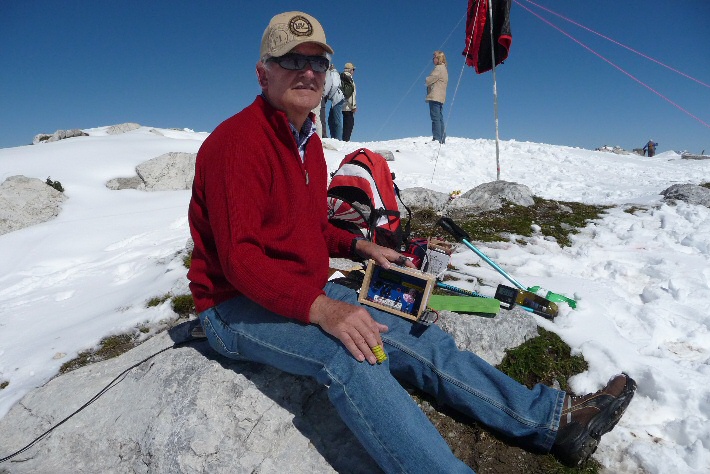 Jo, DJ4EY took this two pictures during holdiday in British Columbia, Canada. He found this scene at the Canadian Pacific Railway museum in Revelstoke. 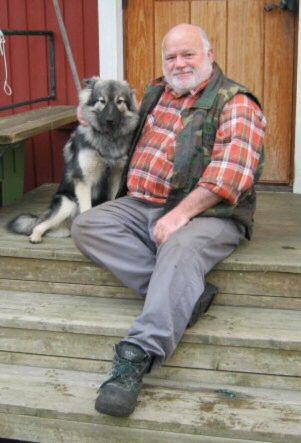 OM Bert, DK7QB sent us this picture and writes: "Greetings from Nothern Sweden de Bert, DK7QB, HSC 1086. I moved to Northern Sweden nearly 15 months ago. The call signes i'm using are SA2BRN and SE2I (contests only). " 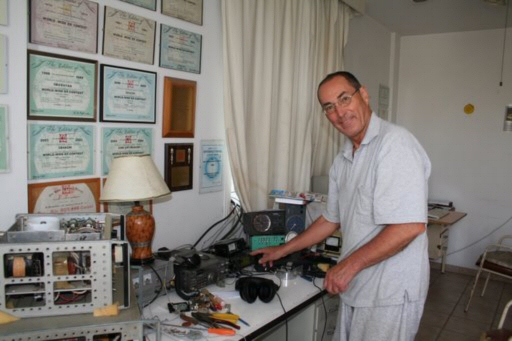 Beside his Elecraft K2, Manfred, HB9DAX (1838), enjoys DXing using his new K3. He sent us these two pictures of his shack. 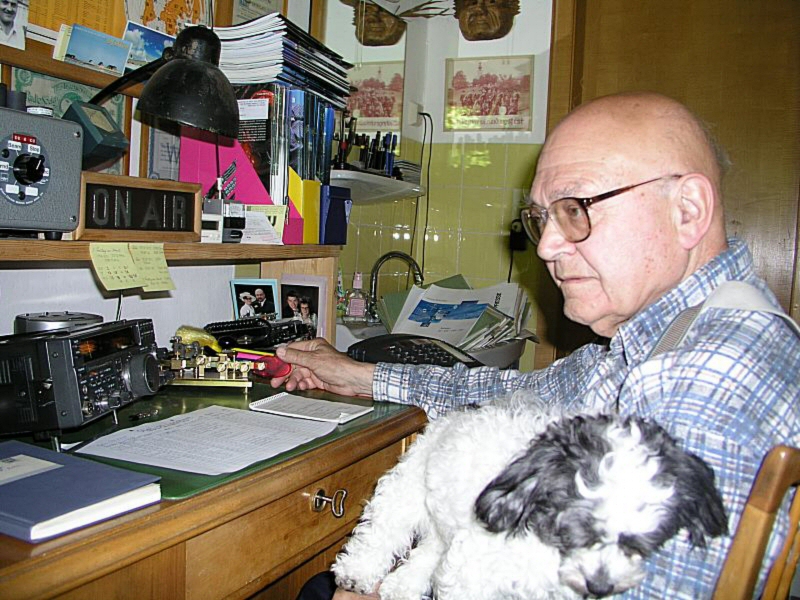 Karl, DL1VU (415), world well known DXpeditioneer and also author of technical papers sent us this picture, showing him in his shack.

It was with sorrow that we had to announce the passing of W1PL, Dr. Laci Radnay (HSC 13) on February 2008. Laci died at the age of 96. As a first-hour member our club is connected to him in a special manner.

Born in 1912 in Hungary, he already was QRV in 1927. Before the HSC was founded in 1951 and even before the DL licences were granted in 1949, he had been a demanded QSO partner as HA4EA and HA4SA with self builded gear and special interest in DXing. Moving to the USA soon after the connection did not break off, in a short time he was again active under W1PL to the very end.

All those who knew him will hold Laci in fond remembrance as a well-versed and unpretentious, a friendly and exemplary ham. (DL1TL/DLØHSC)

At the beginning of polar research, radio communication was the only one connection to civilization. Although satellite communication is the up-to-date used link at today's polar research stations, most stations are on the air using amateur radio, too. Read more about the activities of our member Manfred, HB9DAX (1838) and the magazine Polarnews as PDF file (both in German language only). 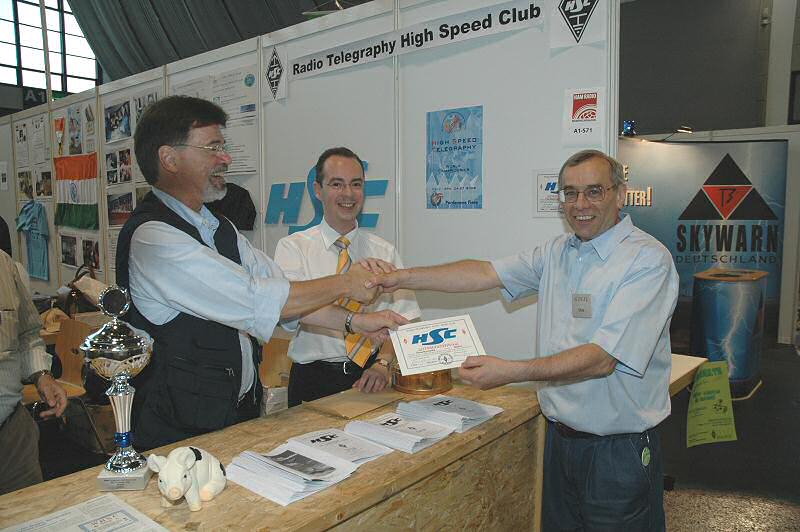 OM Chris, G3SJJ (right) became member of HSC on June 19th. His membership award has been presented to Chris during his visit at the HAM RADIO in Friedrichshafen 2007.
The picture shows Chris together with Hans, DK5JI and Jens, DL7AKC. 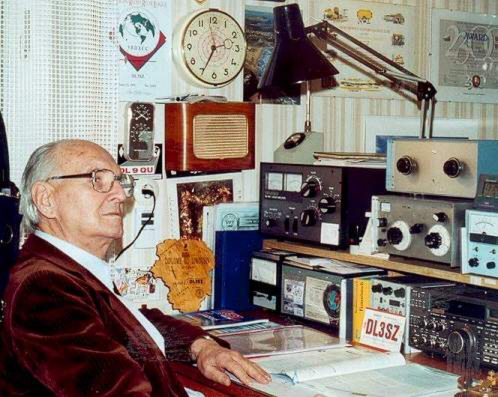 OM Adi, DL3SZ (141), sent us this picture. Adi is active on the amateur band a couple of hours a day. He's always seeking for new DXCC entities, US counties and IOTAs. But his main interest still rests on the HSC. He provided many oldtimer's QSL cards on our web site. 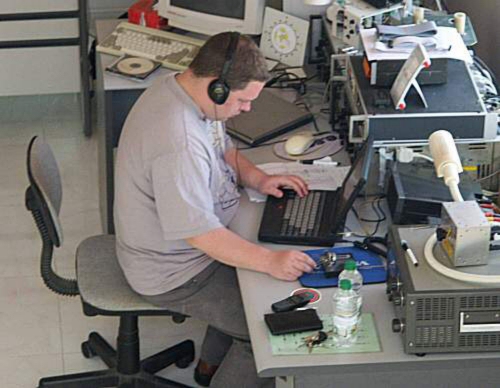 Pictures and short stories like this are always welcome! Please contact
the HSC Webmaster. See the legal notice for address. 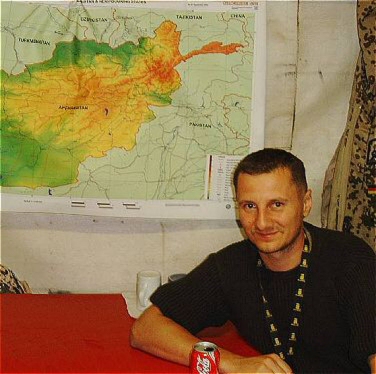 This picture, which we received from René, shows him, DL2JRM (1804) at his QRL in Afghanistan.
René had been deployed there while serving a as communication expert. He also was QRV on the amateur radio bands as YA/DL2JRM and YA7X.

On the occassion of HSC's 50 year anniversary our clubstation DAØHSC was activated by several radio amateurs. Joe, DL4CF, worked with A52ED. An indian SWL has listened to that QSO and sent us the QSL card shown below (Tnx DL2SD). 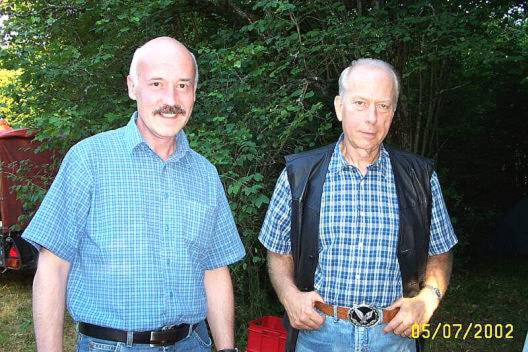